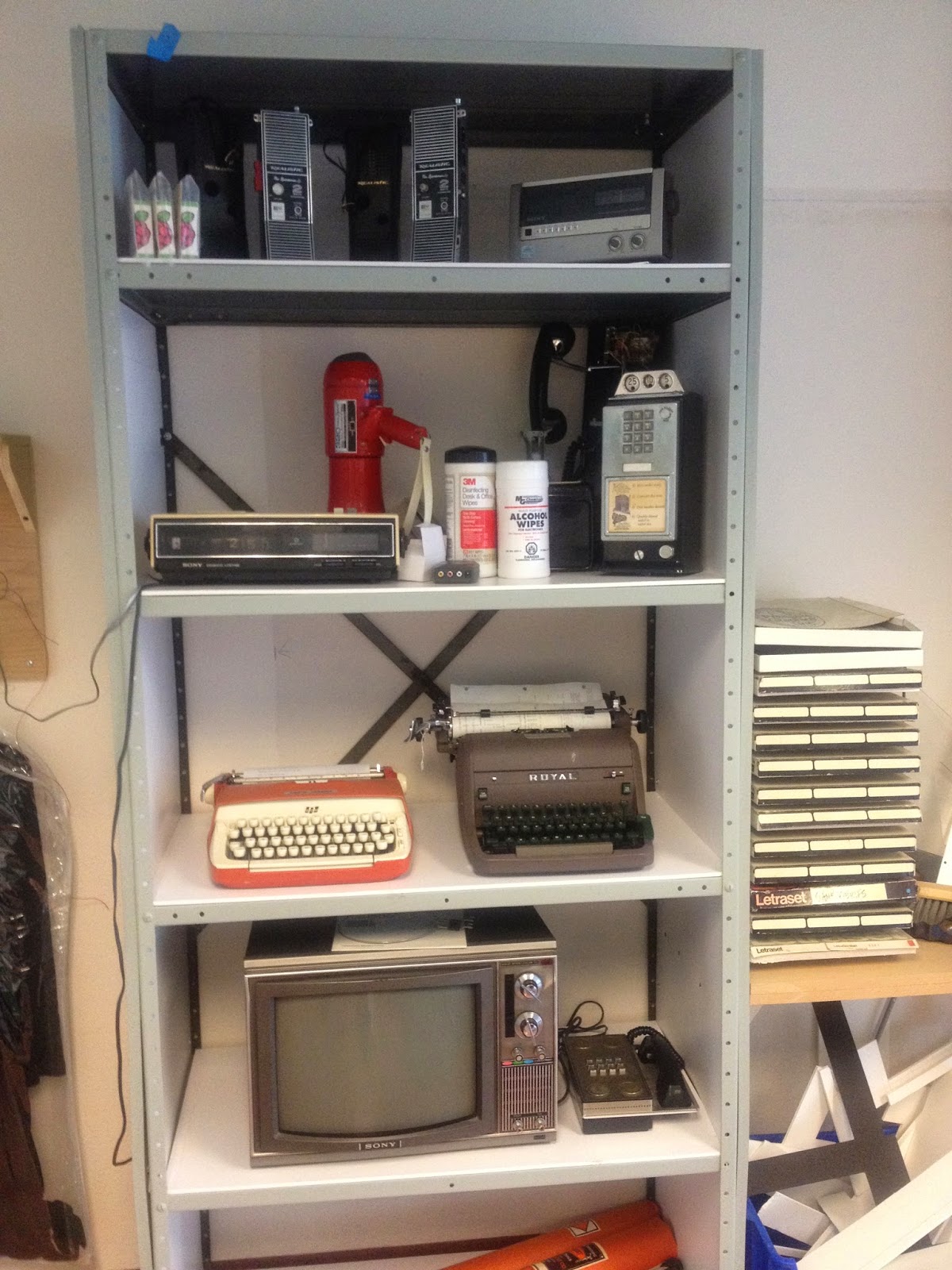 By: Catherine Kudlick
As the nation prepares to commemorate the 25th anniversary of the Americans with Disabilities Act (ADA) in 2015, the Paul K. Longmore Institute will celebrate the unique Bay Area contributions to disability rights. Our ambitious exhibit “Patient No More!” will focus on what is known as “the 504 occupation” in 1977 when more than one hundred brave women and men paved the way for so many of us and passing the ADA thirteen years later. We must return to thinking of the Americans with Disabilities Act as the product of grassroots activism and disabled people’s political savvy rather than a mandate somehow passed down from on high. To quote Paul Longmore’s speech at the 20th ADA Anniversary celebration in San Francisco, “We are the ones who did this. This wasn’t handed to us. This wasn’t an act of charity. This wasn’t something done paternalistically. We made it happen. We did it.”

The little-known story of the 504 protests is amazing. On April 5, 1977, dozens of disabled people from diverse racial and social backgrounds entered San Francisco’s office of Health, Education, and Welfare for twenty-five days in what remains the longest occupation of a federal building in US history. They came on crutches, using canes, and in wheelchairs; some used American Sign Language, others augmented communication devices. Many others contributed simply by showing up to offer support. Most arrived with little more than the clothes on their backs, guided by a few vague ideas about why they were there. Yet enough of them had political smarts, experience with building coalitions, tenacity, and fire in their bellies to confront the government of a major world power about their civil rights, and win.

They had come because of Section 504 of the 1973 Rehabilitation Act. Buried in the law to accommodate returning Vietnam veterans was a provision based on the 1964 Civil Rights Act stipulating that individuals with disabilities “should not be denied the benefit of, or be subjected to discrimination under any program or activity receiving federal financial assistance.” Cast in broad terms and bureaucratic language, Section 504 – which would serve as a model for the Americans with Disabilities Act thirteen years later – basically said that everything touched by the U.S. government needed to be fully accessible to people with disabilities: schools, universities, public offices, transit systems, hospitals. After over four years of government stalling that extended to the newly-elected allegedly pro-disability rights Carter administration, the regulations still awaited a final signature.

Infuriated, hundreds of protesters around the country occupied several federal buildings. Most were starved out within a day or two. But San Francisco was different. The organizers’ incredible resourcefulness and months of cementing relationships with local community organizations resulted in an unlikely, dedicated coalition of supporters that included the Black Panthers, the gay community’s Butterfly Brigade, labor unions, Glide Memorial Church, Safeway and McDonald’s, along with sympathetic local and national politicians. Thanks to food, showers, and other forms of help, the 504 occupiers held on for nearly a month, generating national attention and ultimately helping to gain the support necessary for signing the regulations.

The 504 Occupation would be a watershed personal and political moment, one that solidified the Bay Area’s key role in the struggle for disability rights. The Americans with Disabilities Act would not exist in its present form – or even at all – without the energy, people, and determination galvanized by this unparalleled historical moment. Thanks in no small part to the 504 sit-in, cross-disability thinking would be central to the ADA’s scope and reach and would shape the disability rights movement in general. The experience of spending more than three weeks in close proximity among people with a wide array of disabilities during what became simply known as “504” fostered an esprit de corps and coalitions that would have been unimaginable a few years earlier. When officials first cut the phone lines, Deaf people stood at the windows and used American Sign Language to convey messages between protesters inside and outside the building, while, blind people fed and toiletted quadriplegics. Friendships and romances formed. The experience of 504 helped create a sense of community grounded in successful activism that in turn gave people with disabilities a sense of their historical agency. Once people with disabilities had shown this prospect to the outside world and to themselves, they could continue to fight for expanding their civil rights. Indeed, a number of 504 participants would go on to help forge the ADA as well as key organizations such as Disability Rights Education & Defense Fund -DREDF (1979) and the World Institute on Disability – WID (1983) that promote disability rights.

And thanks to insisting that 504 be signed unchanged, language linking disability rights to civil rights would find its way into the law of the land. Section 504 states in part: “No otherwise qualified handicapped individual in the United States shall, solely by reason of his handicap, be excluded from the participation in, be denied the benefits of, or be subjected to discrimination under any program or activity receiving federal financial assistance.”

The Americans with Disabilities Act is far from perfect. But thanks in no small part to our brave sisters and brothers 37 years ago, at its core the ADA is more about rights than about charity. Let us not forget that this movement, like our nation and its other ongoing struggles for civil rights, was forged in revolution. By sharing this history, we hope to inspire? incite? future generations to continue this important work.

So far the interface group collected these artifacts for the exhibition to represent the era of the 1970's. All of them are from the 70's and will be modified to play/demonstrate some of the speeches, news and demonstrations that happened here in the Bay area to insist congress pass the American Disability Act (ADA.)

Hello, we are interns assisting Professors Pino Trogu and Silvan Linn alongside the Paul K. Longmore Institute on Disability.

The overall goal of our project is to establish a brand styling and complete fabrication of the Institute’s commemorative 25th anniversary exhibit of the Americans with Disabilities Act that will happen in 2015. By incorporating different forms of accessibility into the exhibit, we can show how to approach this topic in a creative way.

This exhibit intends to explore the nearly month-long occupation of SF’s Health, Education, and Welfare Building in April 1977. They pushed to pass Section 504 of the 1973 Rehabilitation Act in order to grant equal civil rights to people with disabilities. The protest grouped together a widely diverse group of people of varying disabilities and also successfully obtained their civil rights. By expanding on Paul K. Longmore’s concepts of social justice, we hope this exhibit provides viewers with new ideas and changing ideas about disability and the people it affects as well as tell their unheard stories from this strong movement.

The exhibit will be based at the new Ed Roberts Campus in Berkeley, accessible from the Ashby BART station. You can also visit the Institute here on the SFSU campus in the Humanities Building, Room 135.

The DAI department grew involved due to the Institute’s goal to outreach to SFSU to make this exhibit possible. We are participating to capture part of history than just standing idly by similar to how the protesters felt. In that way, the title “Patient no More!” is very fitting. With our skills, we are working to showcase these ideas in a concise manner that will spark interest. It also gives us many opportunities to increase interdisciplinary relationships and showcase the changes our students are making.

To start, Logistics team banded together to get the group going. Everyone grouped into what was fitting for their skills.

First task was to ideate, set up smaller prototypes, and create a final full-scale mock up of the exhibit display to be used to house the exhibit pieces.

From there, logistics looked to dividing and organizing teams to allocate specific tasks to. By using Google Drive, this allowed the team to send updates to the other interns in a more effective manner. To keep track of at-internship hours, a planer log sheet was created as well as a weekly update sheet. Aside from updates, the Logistics teams also assists with the 3D, Graphics, and Interface team.

Logo Ideation from the 2D Group

Mood board and Logo Concepts from Maggie L.

Posted by Unknown at 7:09 PM No comments:

A blog by exhibit design students at SF State working on the Patient No More! exhibit.

Patient No More! is an accessible, interactive exhibit project celebrating the Bay Area’s unique and vibrant contributions to the disability rights movement, coinciding with the 25th anniversary of the Americans with Disabilities Act in 2015. The main exhibit will be located at the Ed Roberts Campus, a hub of disability organizations in Berkeley, CA.
Pino Trogu and Silvan Linn, Assistant Professors of Design and Fellows at the Longmore Institute, are coordinating the work of twenty design student interns who are designing and developing the exhibit.
The Paul K. Longmore Institute on Disability at San Francisco State University is the promoter and driving force behind the project. Part think-tank, part cultural center, the institute introduces new ideas about disability and disabled people, leading a series of exciting projects at the intersection of disability history, the arts, education, and policy that pairs SF State students and faculty with various local communities.
For more information, please contact Emily Beitiks, Assistant Director at the Longmore Institute: beitiks@sfsu.edu.